Weaveworks on their 5th birthday announced a free and open-source project called IGNITE. As per the docs

To Elaborate more, Ignite is a VM that runs any Docker image out there as a Virtual machine. You need not build the image using the VM specific tools like .vdi etc, so you just build your docker Image add your modification and directly run it as “ignite run” (just as you would have run a container from an image by docker run). Also, you need not build the image To combine the above explanation you can say that Ignite combines containers and VM’s, Amazon’s firecracker and Docker image. Firecracker is virtualization implementation from AWS which act as micro VM and is secure, fast and reliable. Right now ignite is in alpha stage

Ignite Installation : Ignite runs on any Intel-based linux/amd64 system with KVM support. KVM needs to be enabled and without that ignite would not work so do a kvm-ok to check( if kvm is not installed then you can install it by ‘apt install qemu-kvm’)

Here we will use Google compute from a custom KVM image so that ignite can be installed and run Easily.

— ssh into the compute instance and start running the following commands to install Docker and Ignite.

Now your ignite is up and running, let's see how we can spin up a VM from Docker image and then a few commands.

Ignite cli is just like the standard docker CLI so all the commands you will see with ignite, can be related to the Docker commands. We will be using here the standard guide provided in the official repository itself.

Note: current ignite kernel image `would not let you run two vm with partial same name like suppose you create my-vm and my-vm2 you would not be able to run ‘ignite run my-vm’ and it will throw out an error saying ‘ambiguous VM query: “my-vm” matched the following IDs/names: my-vm, my-vm2’ (fix is in the branch and will be in next release).

You can start you vm by typing:

Let's run some basic commands and see the output (most of the commands would look like docker commands) :

There are two ways to communicate with the created vm 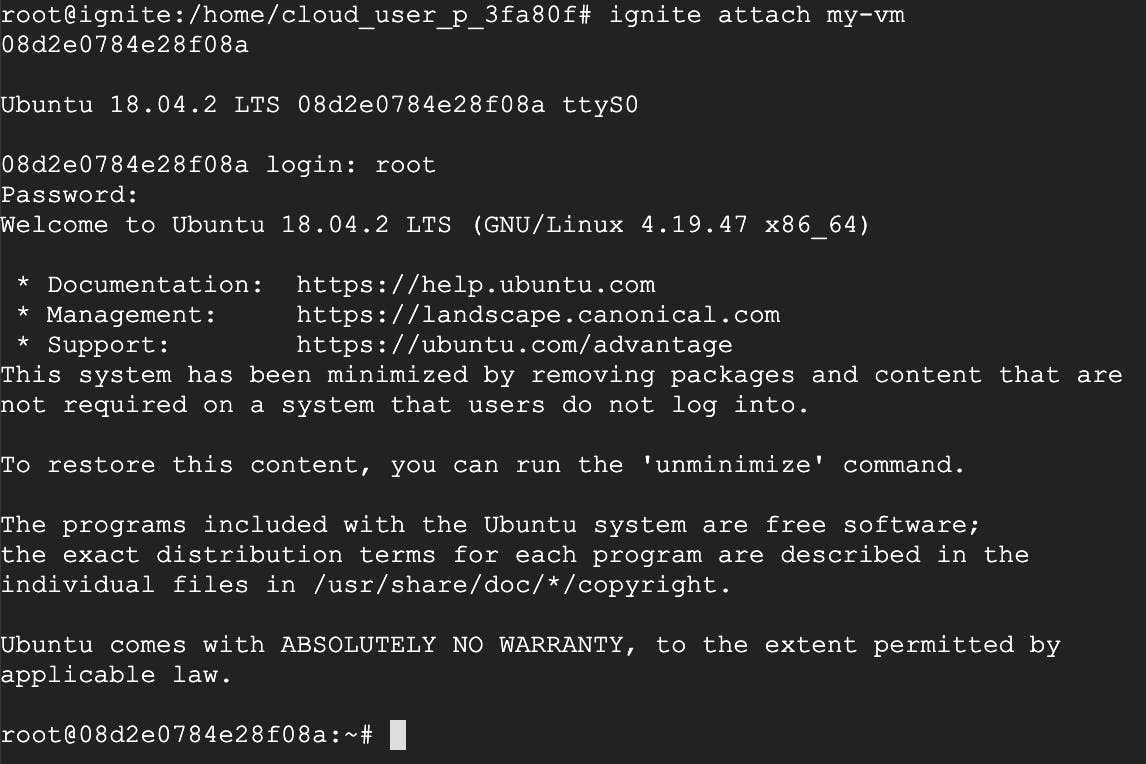 getting inside vm using attach 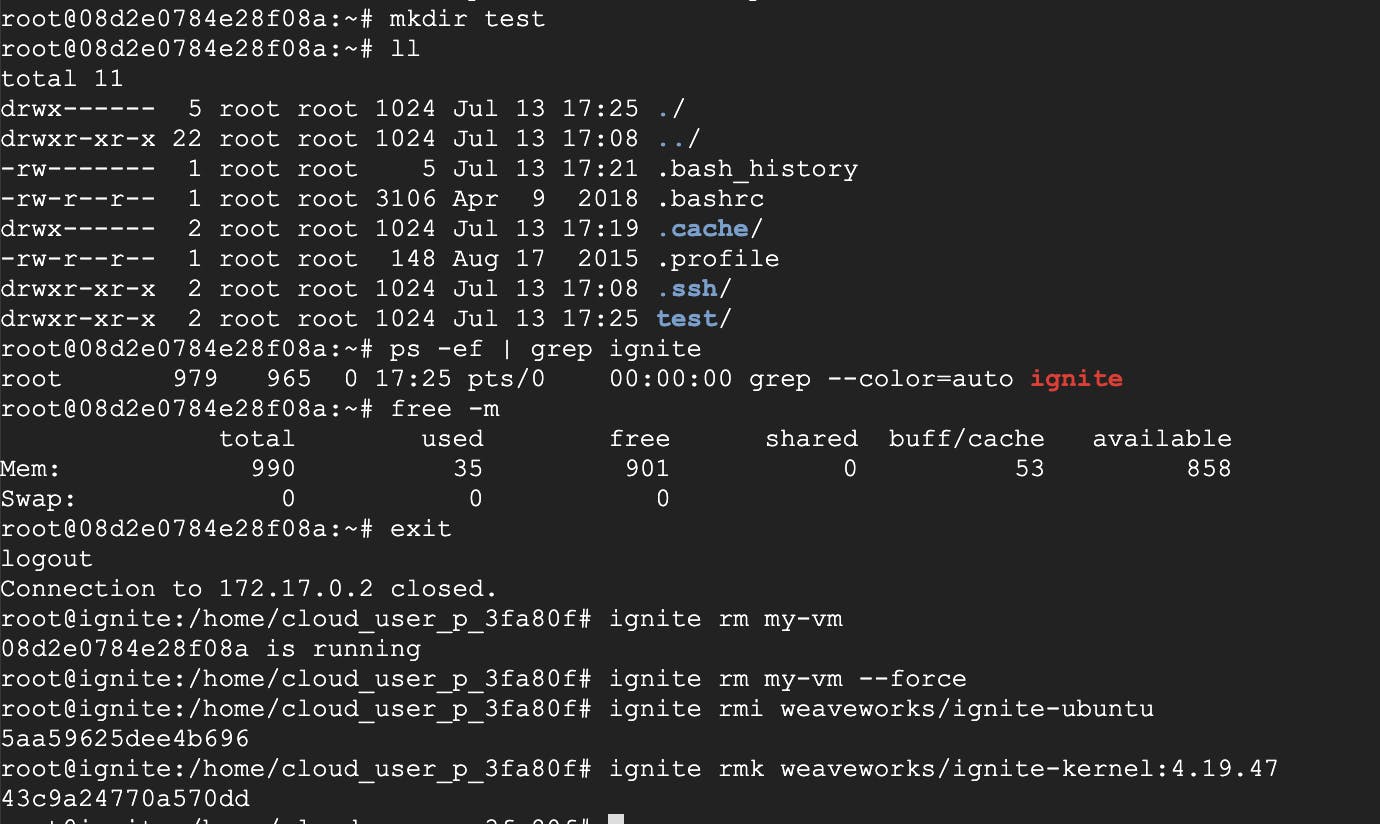 few commands inside vm and then removing it

Official git repo having the code and documentation: https://github.com/weaveworks/ignite Great work is done by the team putting this up. I am trying to do Gitops with ignite, once done will update the article.